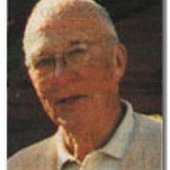 John Ziegler | The father of modern process control loop tuning
John G. Ziegler, founder of Ziegler & Associates, was one of the pioneers in the measurement and control field. Working with the mathematician Nathaniel Nichols at Taylor Instruments in the early 1940s, he conceived the now famous method of tuning proportional-integral-derivative (PID) controllers. While there was P control and I control at the time, PID control was new. Moreover, none of the methods had a hard set of rules for tuning, relying on touch, feel and 'seat-of-the-pants' settings.

Ziegler had the process application experience and performed the simulator testing that led to the results they sought, while Nichols reduced the mechanical manipulations to a few mathematical relationships that could be understood by technicians and operators. Their findings, presented to the American Society of Mechanical Engineers in 1941, were criticized by many at the time as blasphemy. However, the Ziegler-Nichols rules survived and are still in use today.

In the 1980s, Ziegler lectured on methods to maximize yields and solved mechanical and technical problems at ailing facilities.
MORE ABOUT ZIEGLER